Dissemination of Evidence-Based Psychotherapy for PTSD in Veterans Affairs

Dissemination of Evidence-Based Psychotherapy for PTSD in Veterans Affairs

VHA Handbook 1160.01, Uniform Mental Health Services in VA Medical Centers and Clinics (1), requires that all VA Medical Centers provide access to either Prolonged Exposure (PE; 2) or Cognitive Processing Therapy (CPT; 3), two types of therapy for posttraumatic stress disorder (PTSD). Requirements for community-based outpatient clinics vary by size, but the handbook requires access for all Veterans either in person or by tele-health. VHA has supported this requirement by training upwards of 6,800 therapists as of July, 2015 in these treatments as part of a broader initiative to disseminate evidence-based psychotherapy for mental disorders (4). The other treatments being disseminated address a range of problems, including depression, serious mental illness, relationship problems, insomnia, chronic pain, motivation and adherence, and substance misuse.

VA’s training program in psychotherapy for PTSD began in 2006 with a focus on CPT, adding PE in 2007 (5). Both programs used a “train-the-trainer” model designed by the developer of each treatment, Edna Foa for PE and Patricia Resick for CPT, to train both trainers and consultants in order to enhance VA’s capacity to continue the program. For each treatment, training includes both an in-person workshop and follow-on weekly consultation by an expert in the treatment. To be added to the roster of staff who have completed PE or CPT training, a therapist must complete the workshop and successfully undergo case consultation on two patients. Uptake of PE and CPT across the VA health care system was rapid; by 2009, 96% of VA facilities were providing PE or CPT and 72% were providing both (5).

The VA/DoD Clinical Practice Guideline recommends trauma-focused cognitive behavioral therapy (such as PE and CPT), Eye Movement Desensitization and Reprocessing, stress inoculation, selective serotonin reuptake inhibitors, and venlafaxine, a serotonin norepinephrine reuptake inhibitor, as primary treatments for PTSD (6). PE and CPT are among the most widely studied types of trauma-focused cognitive behavioral therapy. Evidence demonstrating their effectiveness is particularly strong (7-9). Symptom worsening and other adverse events are rare (7,10,11), although mild to moderate symptom worsening that resolves before the end of treatment may sometimes occur during trauma-focused work (11,12).

The standard PE protocol is approximately 10 individual sessions, 90 minutes in duration, but may range from 8 to 15 sessions. The central components are in vivo and imaginal exposure; psychoeducation and breathing retraining are also included. In vivo exposure consists of gradually and systematically having patients approach trauma-related situations, places, and people that elicit distress and have been previously avoided. Between sessions, patients systematically confront trauma-related situations they have been avoiding, remaining in the situation until their distress reduces by half. Imaginal exposure involves repeated revisiting of the memory in imagination and recounting aloud the traumatic event(s) in detail, while vividly imagining the event(s) and paying specific attention to emotions and thoughts that occurred during the event. Treatment sessions are audio-recorded and patients are asked to listen to their recounting of the trauma daily.

The standard CPT protocol is 12 individual sessions, 60-minutes in duration, or 12 90-minute group sessions. Individual CPT may range from 8 to15 sessions. CPT consists of cognitive therapy and a written trauma narrative. Patients briefly process their trauma directly by writing a narrative of their traumatic event(s) that they read to themselves and to therapists after sessions 3 and 4. The majority of sessions are focused on helping patients challenge their beliefs through Socratic questioning and the use of daily worksheets. Statements on the impact of the trauma are written at the beginning and end of therapy to allow the patients to see concretely the changes in their thinking. CPT-C (CPT-cognitive) is a form of CPT that does not include the written trauma narrative and may improve symptoms even faster than CPT (13), although some patients may benefit more from full CPT (14).

VA therapists track symptoms in each session by having Veterans complete the PTSD Checklist (PCL) and may track depression with the Patient Health Questionnaire-9 (previously, the program used the Beck Depression Inventory [BDI]).

Patient Outcomes. Program evaluation data from VA clinics data show that patients who receive PE or CPT experience statistically reliable and clinically meaningful improvement in PTSD and depression. In the first published findings based on data collected in 2009, there was an overall average decline of approximately 20 points on the PCL in a sample of 381 PE and 93 CPT treatment completers (5); 10 points is considered to be clinically meaningful. In contrast, decreases of 1 - 4 points on the PCL are observed in usual VA care for PTSD (e.g., 15-17).

Program evaluation data from 1,931 male and female Veterans who received PE found that PCL scores decreased an average of 15 points in the entire sample and 18.1 points in treatment completers who attended at least 8 sessions (18). Dropout prior to 8 sessions was 28%, which is comparable to that observed in clinical trials of psychotherapy for PTSD. Veterans showed improvement regardless of sex, war era, or trauma type, although decreases were 5.4 points greater among women than among men, and 2.3 points greater among OEF/OIF/OND Veterans than among Vietnam Veterans. A total of 62.4% of the sample had a decrease of 10 points, which is considered to be clinically meaningful. The percentage of Veterans with a PCL score of 50 or higher (a standard threshold for probable diagnosis) dropped from 87.6% before treatment to 46.2% after; the initial number was not 100% because inclusion was based on clinical diagnosis and not the PCL. The program evaluation also found that depression improved somewhat less than PTSD, but change was still meaningful, e.g., 49.3% of Veterans decreased at least 30% on the BDI.

Another program evaluation found an average decrease of 18.9 points on the PTSD Checklist among 374 Veterans who completed CPT (19). The percentage of Veterans with a PCL score of 50 or higher dropped from 90.1% before treatment to 40.6% after (study entry was based on clinical diagnosis and not the PCL). Average scores on the BDI decreased from 30.9 (severe) to 19.7 (just above the top of the mild range). There were similar patterns of improvement for Veterans of all eras, although the investigators did not explicitly test differences among cohorts.

Use of PE and CPT. There is limited information about the number of Veterans who are receiving PE or CPT. Until the introduction of note templates in the VA electronic medical record for PE and CPT in fiscal year (FY) 2015, VA administrative data sources did not contain quantitative data for tracking use of PE and CPT. The available data, however, suggest that neither treatment is widely used in outpatient care.Â For example, only 6.3% of new PTSD patients treated in PTSD Clinical Teams in VISN 1 during FY 2010 had any evidence in their charts of receiving PE or CPT (20). Other data suggest that relatively few Veterans in a new episode of care for PTSD receive a sufficient number of sessions frequently enough for the delivery of PE or CPT (21).

The reason for the low use of PE and CPT appears to be that many therapists are not able to use PE or CPT with more than a few, or even 1 or 2, patients at a time.Â A survey of CPT therapists found that scheduling difficulties and caseload burden were the top two reasons cited for not scheduling more CPT patients, although there were substantial decreases from 2008 to 2011 in the number of therapists reporting these issues (19). A recent study found that PE therapists surveyed 18 months after completing PE training were able to treat an average of only 1.9 patients at a time. Therapists who treated a higher number of PE patients were those who reported working in a specialized PTSD Clinical Team, having more control over their schedule, having a smaller panel size, and providing most therapy in individual (vs. group) format (22).

There may be greater use of CPT, and to a lesser extent, PE, in specialized PTSD residential programs versus outpatient care. A recent study of 38 programs found that 20 offered PE and 23 offered CPT to selected patients or to patients in a specific program track; 8 programs offered CPT as the core of the program to all patients (23). The study did not examine the number of patients who received these treatments, however. Among the factors associated with therapists’ self-reported use of PE and CPT were dedicated time and resources, along with incentives and mandates to use PE (24).

Going forward, careful analysis of electronic note template data will permit better understanding of the use of PE and CPT and facilitate optimal use among Veterans with PTSD who use VA care. 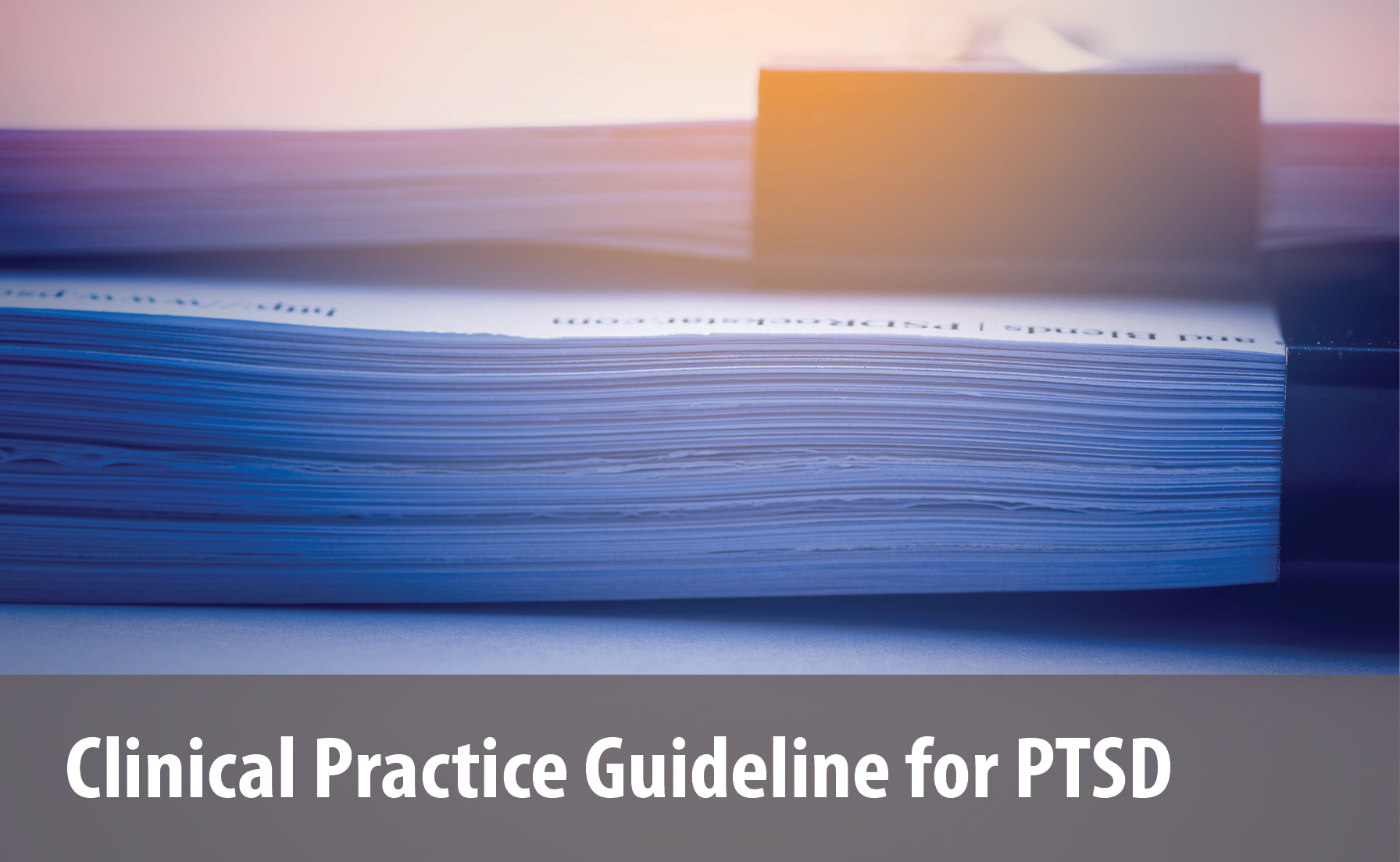