Spirituality and Trauma: Professionals Working Together

Spirituality and Trauma: Professionals Working Together

Spirituality is a personal experience with many definitions. Spirituality might be defined as "an inner belief system providing an individual with meaning and purpose in life, a sense of the sacredness of life, and a vision for the betterment of the world." Other definitions emphasize "a connection to that which transcends the self." The connection might be to God, a higher power, a universal energy, the sacred, or to nature. Researchers in the field of spirituality have suggested three useful dimensions for thinking about one's spirituality:

Currently in the US, opinion surveys consistently find that most people endorse a belief in God or higher power. In a 2007 Gallup Poll 86% of respondents indicated a belief in God, while only 6% stated they did not believe in God (4). Many of these individuals would describe religion or spirituality as the most important source of strength and direction for their lives. Because spirituality plays such a significant and central role in the lives of many people, it is likely to be affected by trauma, and in turn to affect the survivor's reaction to the trauma.

Historically, there have been differences between the beliefs of scientists and healthcare practitioners and those of the general population. For example, one study (2) indicated that only 66% of psychologists report a "belief in God." These differences in viewpoint may contribute to the lack of research on spirituality. The beliefs and training experiences of practitioners may also influence whether and how spirituality is incorporated into therapy.

Relationship of Trauma to Spirituality

Evidence suggests that trauma can produce both positive and negative effects on the spiritual experiences and perceptions of individuals (1). For example, depression and loneliness can lead to feelings of abandonment and loss of faith in God. These effects may change as time passes and a person moves further away from the acute phase of trauma recovery. On the positive side, some individuals experience increased appreciation of life, greater perceived closeness to God, increased sense of purpose in life, and enhanced spiritual well-being even following devastating events such as disasters and rape. For others, trauma can be associated with loss of faith, diminished participation in religious or spiritual activities, changes in belief, feelings of being abandoned or punished by God, and loss of meaning and purpose for living.

Aspects of spirituality are associated with positive outcomes, even when trauma survivors develop psychiatric difficulties such as PTSD or depression. Research also indicates that healthy spirituality is often associated with lower levels of symptoms and clinical problems in some trauma populations. For example, anger, rage, and a desire for revenge following trauma may be tempered by forgiveness, spiritual beliefs, or spiritual practices (5).

Suggestions have been made about the pathways by which spirituality might affect the recovery trajectory for survivors of traumatic events. Spirituality may improve post-trauma outcomes through: (1) reduction of behavioral risks through healthy religious lifestyles (e.g., less drinking or smoking), (2) expanded social support through involvement in spiritual communities, (3) enhancement of coping skills and helpful ways of understanding trauma that result in meaning-making, and (4) physiological mechanisms such as activation of the "relaxation response" through prayer or meditation (6). Feelings of isolation, loneliness, and depression related to grief and loss may be lessened by the social support of a spiritual community. Being part of a spiritual community places survivors among caring individuals who may provide encouragement and emotional support, as well as possible instrumental support in the form of physical or even financial assistance in times of trouble.

What Issues Most Often Involve Spirituality?

Making meaning of the trauma experience

Spiritual beliefs may influence the trauma survivor's ability to make meaning out of the trauma experience. In turn, the meaning drawn can have a significant impact on the survivor's symptoms and functioning. Several studies have indicated that negative thoughts or attributions about God, such as "God has abandoned me," and "God is punishing me," or, being angry at God are associated with a number of poor clinical outcomes (1). Research suggests that these types of thoughts can be associated with poorer physical and mental health, and increased use of substances. One study of Veterans being treated for PTSD found that negative religious coping and lack of forgiveness were both associated with worse PTSD and depression symptoms (19).

Recovery of meaning in life may be achieved through changed ways of thinking, involvement in meaningful activities, or through rituals experienced as part of religious or spiritual involvement. Some researchers have suggested that traumatic events frequently challenge one's core beliefs about safety, self worth, and the meaning of life (7). For individuals whose core values are spiritually grounded, traumatic events may give rise to questions about the fundamental nature of the relationship between the creator and humankind. Survivors may question their belief in a loving, all-powerful God when the innocent are subjected to traumatic victimization. In this way, traumatic experiences may become a starting point for discussion of the many ways in which survivors define what it is to have "faith."

Additionally, in certain types of traumatic events, such as war, an individual can be both victim and perpetrator of trauma. For example, a soldier during their war-zone service could be exposed to the injury and death of others, be wounded himself or herself, and have a role in killing the enemy. It is also possible for two core elements of a person's world-view - for example, patriotism and faith - to be in conflict, creating doubt and uncertainty about the right course of action. These experiences can sometimes lead to long-lasting difficult spiritual and moral questions (9, 3). The result may be loss of faith, increased guilt and self-blame, and alienation from other people and from God. Individuals may experience a disconnection between the beliefs they were raised with, their expectations about what military service would be like, and their actual war-zone experiences.

Grief and loss can be significant issues that survivors must cope with in the aftermath of trauma. In US society, spirituality is frequently utilized to cope with traumatic death and loss. Researchers noted after the 9/11 terrrorist attacks that 90% of respondents reported turning to "prayer, religion, or spiritual feelings" as a coping mechanism (17). In general, research suggests there is a positive association between spirituality and grief recovery for survivors of traumatic loss (20). Researchers suggest that for many spirituality provides a frame through which survivors can "make sense" of the loss (14). Additionally survivors may benefit from supportive relationships often provided by spiritual communities (10).

Learn about trauma and PTSD

Providing spiritual guidance following a traumatic event can be challenging - Pastoral professionals can keep up to date with the latest in research and treatments for Trauma and PTSD.

Being knowledgeable about the effects of trauma enables providers to better serve those seeking care. Pastoral professionals can refer those who are dealing with trauma to:

Collaborate with and refer to mental health care providers

If someone under pastoral care has a history of trauma exposure and appears to be struggling, consider referring him or her to a mental health care provider. Refer to Get Help in a Crisis and see PTSD Screening and Referral: For Health Care Providers for tips on how to make it more likely that the survivor will accept your referral.

It is especially important to get help if the survivor is suicidal. Please see The Relationship Between PTSD and Suicide for more information.

Depending on their beliefs, trauma survivors may benefit from adding a spiritual dimension to their recovery. A brief assessment of the impact of trauma on spirituality and the role spirituality might play in recovery has been suggested for use following disasters (16). These questions are likely a useful starting place for survivors of other types of trauma as well.

Providers interested in assessing these issues more systematically can use a brief questionnaire measure of multiple domains of religion and spirituality that was created by the NIH (6).

Collaborate with and refer to pastoral care professionals

For clients with PTSD, their spirituality could affect important clinical issues, such as:

Research suggests that for many trauma survivors, spirituality may be a resource that can be associated with resilience and recovery. However, for some, the circumstances of the trauma may lead to the questioning of important and previously sustaining beliefs. This can lead to spiritual struggle or even loss of faith. It is important for helping professionals to be comfortable asking about how spirituality has been affected by trauma, and to what role spirituality is playing within the recovery process following trauma. 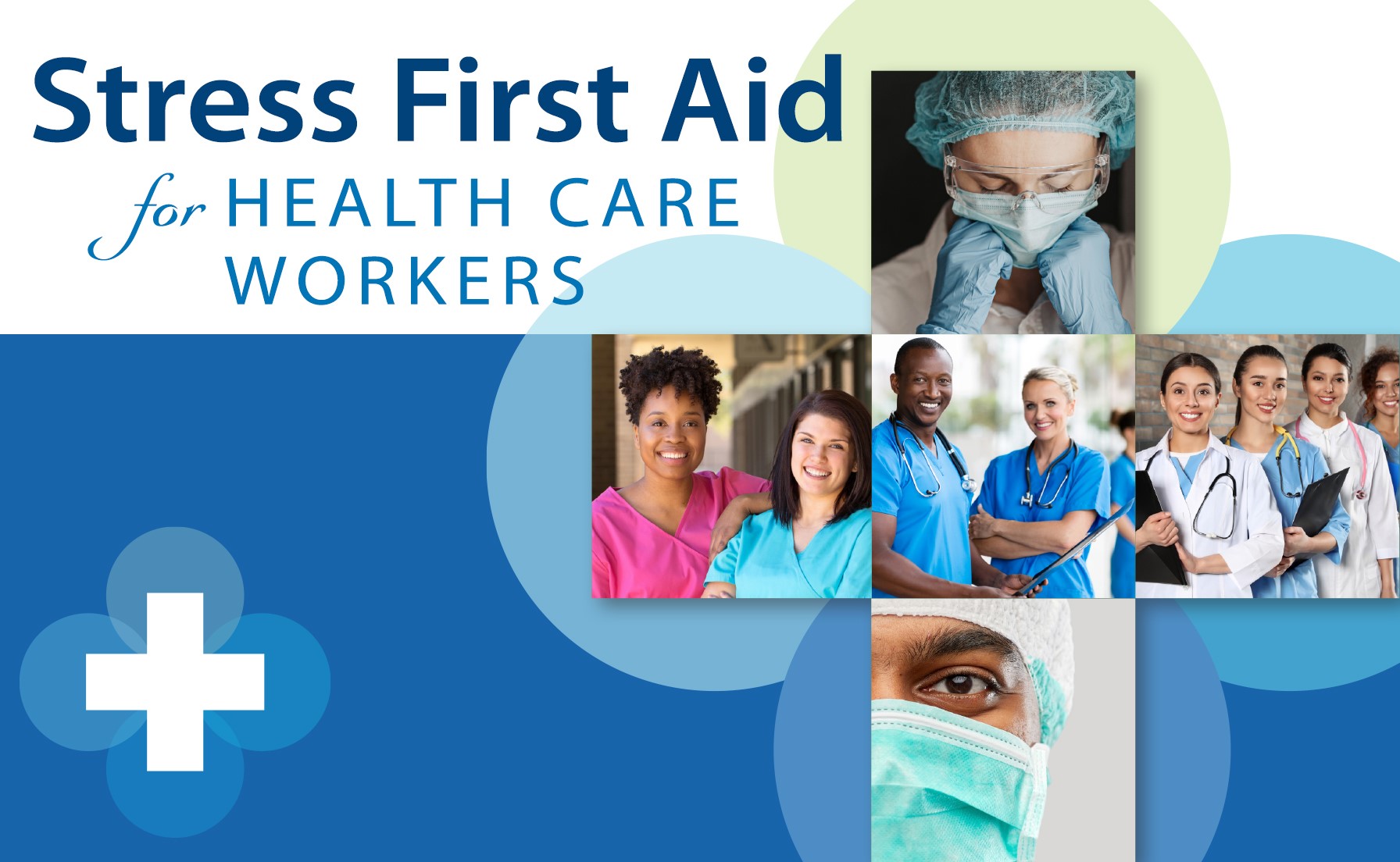 A framework to improve recovery from stress reactions.