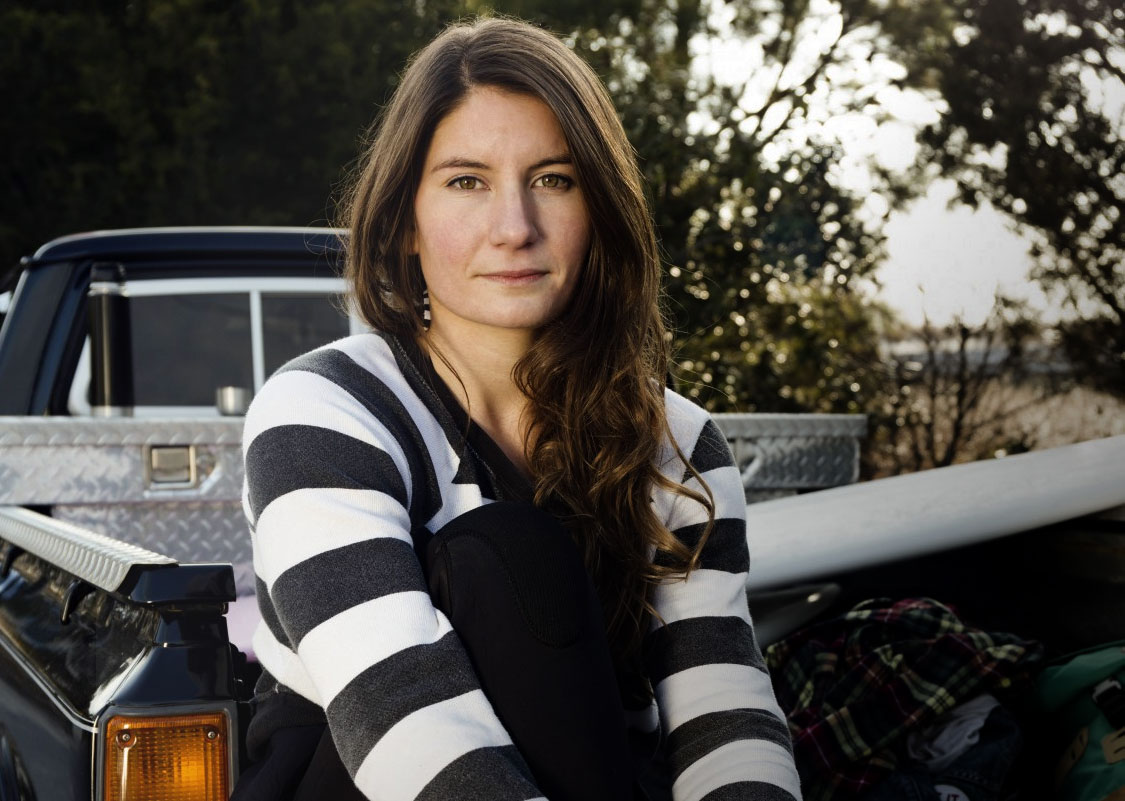 Health care providers working with rural Veterans face a set of challenges that can involve significant clinical complexity and patient risk, at times exceeding what is typically encountered in other settings. In addition to a generally lower level of health-related quality of life, rural Veterans tend to have much higher rates of PTSD and chronic pain than civilian populations, at times leading to dangerous interactions between multiple prescription drugs as well as substance use.3 Rural Veterans enrolled in VA care are also at greater risk of suicide than their non-rural counterparts. With a significant percentage of rural Veterans receiving care in both VA and in the community, it is important to raise awareness of these complex and frequently overlapping problems in order to educate patients, coordinate care between all providers, and work together to reduce risks and improve the lives of rural Veterans.4

Click below to learn more.
PTSD
Over one third of rural Veterans enrolled in VA health care have a diagnosis of PTSD. This rate is nearly six times higher than the average for the U.S. civilian population as a whole.5 PTSD is generally associated with higher rates of depression, suicide, and substance use disorders.6 In the Veteran population, particularly for those who have been exposed to combat, PTSD also tends to be associated with higher levels of chronic pain and a history of mild traumatic brain injury (TBI), both of which contribute to more intense symptoms overall, as well as increased health risks in many areas over the long term.7,8
How Common Is PTSD?
Suicide
Rural VA patients have historically had suicide rates at least 20% higher than urban Veteran patients, and their suicide deaths are also much more likely to involve the use of a firearm.9 While this parallels some of the differences between rural and urban suicides for the U.S. population as a whole, Veterans continue to be at higher relative risk of suicide than the general population. Importantly, Veterans who are not enrolled in VA health care are at greater risk than those who are, and in recent years the number of Veteran suicides (regardless of VA health care use) and their proportion of all suicides in the U.S. have declined.10 Learn about Suicide Risk Management.
Suicide Rates and Firearm Use for Rural and Urban Veterans, 20129 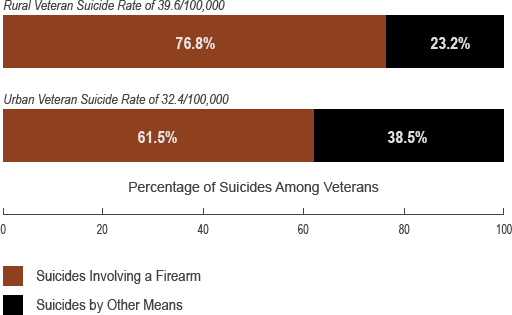 Opioid-Related Deaths
Chronic pain is a common problem in the Veteran population, and rural Veterans are approximately 14% more likely to be prescribed opioids than Veterans in other regions.11,12 When co-occurring, chronic pain tends to involve higher PTSD severity, reduced sleep quality, and increased alcohol use.13 This constellation of symptoms can lead to prescriptions of multiple classes of sedating medications in addition to opioids.14 Such a combination poses significant danger. A recent study found that nearly half of the Veterans who died from a drug overdose while receiving prescribed opioids were also receiving benzodiazepines at the same time.15

Even more concerning, rural Veterans are at least 10% more likely to be prescribed three or more medications with sedative effects. Greater numbers of sedating medications don't just increase the odds of accidental death, but also suicide-related behavior.16 These Veteran-specific issues are contextualized by the national public health problem of non-medical prescription opioid abuse, which itself has disproportionately affected rural populations. Opioid abuse in rural communities has led to more deaths and a more than three times greater increase in the number of opioid poisonings compared to urban and suburban communities.17
Back to top